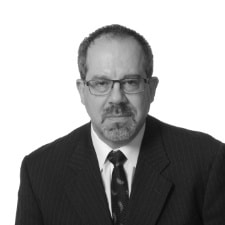 Alan Wright is a partner with over twenty five years of experience as a patent law professional. He began his patent career in 1989 serving as an Examiner at the U.S. Patent and Trademark Office in the art of ceramic materials and processes. Mr. Wright is registered to practice before the U.S. Patent and Trademark Office, and has experience in both patent prosecution and procurement, as well as post-grant proceedings such as reexaminations. He also served as an Attorney Advisor with the Office of Legislative and International Affairs at the PTO before his clerkship with the Honorable William C. Bryson of the U.S. Court of Appeals for the Federal Circuit. For the past twenty years, Mr. Wright has worked at a number of top law firms in the Washington, D.C. area, focusing on patent litigation and counseling. Mr. Wright also worked in industry for a number of years as a process engineer in both the electronic ceramics and fiber optic industries.