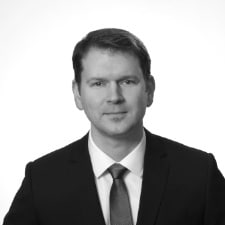 As an experienced patent attorney, Wayne Helge is skilled in developing and executing strategies for patent litigation, patent and trademark prosecution, and commercial disputes. He has represented both plaintiffs and defendants in a wide variety of IP-related disputes, including at the Federal level breach of contract actions, patent and trademark infringement suits, and consumer privacy actions. His state cases have included employment lawsuits, breach-of-contract actions, and corporate landlord-tenant disputes

Wayne shares his expertise in inter partes review on his blog, IPRpetitiondenied.com, through which he has analyzed and commented on dozens of granted and denied IPR petitions.

Court and bar affiliations and memberships

Wayne is admitted to practice before all state-level courts in Virginia and before the U.S. District Court for the Eastern District of Virginia, the U.S. Court of Appeals for the Federal Circuit, and the United States Supreme Court. He frequently practices in federal court in Texas, Illinois, Florida, California and Texas.

Wayne is a registered professional engineer, licensed by the State of Rhode Island. He also served as an engineer and officer in the U.S. Coast Guard for eight years while attending law school on a full scholarship.